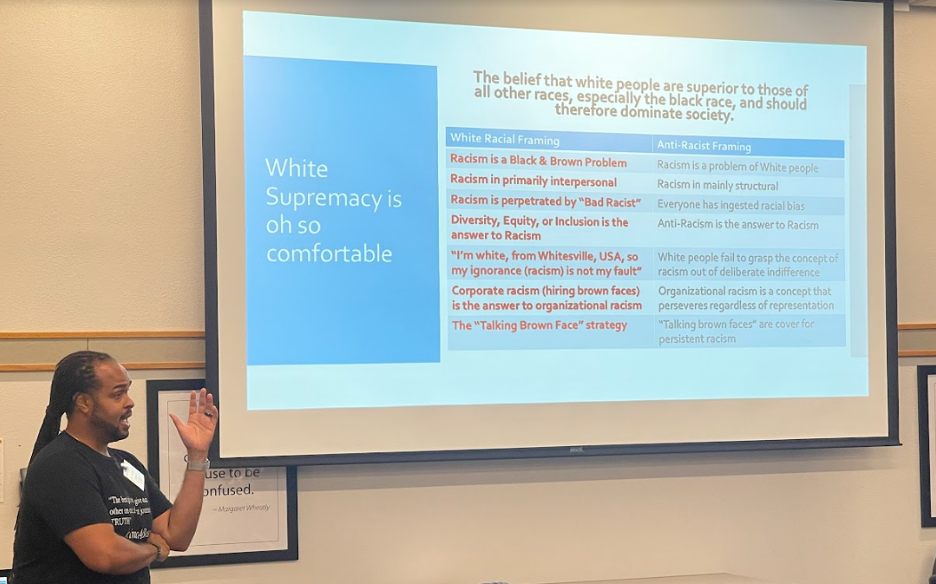 The North Bay/North Coast Regional Academy kicked off the third year of 21CSLA in a powerful way! We hosted an Antiracist Leadership Institute led by Dr. Tracey Benson, co-author of the book Unconscious Bias in Schools

Starting in July, 56 participants from 14 districts in the region engaged in an initial in-person 2-half day institute where they learned about unconscious bias and how it shows up in schools, how their leadership can truly change the context and culture of their systems and how the Immunity to Change process can help them take concrete actions toward shifting the system culture to one that is antiracist.

Following the initial institute, participants engaged in virtual sessions with Dr. Benson where they developed action plans to set them up for success as leaders. Dr. Benson helped them craft and refine their plans considering everything from their own attitudes and beliefs as leaders, to financial implications and other barriers that are often overlooked when trying to lead for antiracism.

The last phase is currently underway as each participant has a coach whothat can both hold them accountable for persevering through their action plan and to provide support as they implement the antiracism plan.

Leaders have expressed a tremendous amount of positive feedback, such as, "As a person of color, and self-proclaimed champion for equity, this institute helped me see how I am still complicit in subjecting our students to racism in our system."